Summertime and the living is easy! 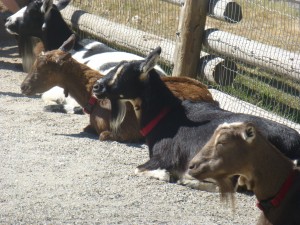 What a beautiful Spring season we have had! We need a short break for a nice day or two of rain to soak in and refresh the trees which are starting to drop their leaves. I would like to go back to the early years of my life in Victoria when June was a rainy month and led up to two months of mainly hot summer weather.

One of the Computer Club’s most active SIGS ( Special Interest Groups) is the Photography group. Led by expert photographer Ken Beattie, and whatever the weather brings, they are off on a variety of Photo shoots. For instance, since the beginning of 2015 they have made the following trips
January
1) Royal BC Museum to see the wonderful National Geographic Photo show of competition winners.
2) Butchart Gardens.
February
Lego exhibit at the Sidney Museum, which is always fun.
March
Butchart Gardens, once more, concentrating on the Japanese Garden.
April
1)Wildlife Recovery Centre (near Coombs). There they witnessed an eagle release in a ceremony conducted by a First Nations Chief.
2)Cattle Point where there is a small wildlife centre.
May
1) Canoe Cove Marina.
2)Butchart Gardens for a visit to a Mystery Garden!
June
1) Skutz Falls (north of Duncan)

2) A 4 day trip based in Port Alberni. A one way trip on the MV Frances Barkley to Ucuelet. Half of the group went on the outward bound trip and half on the return with cars being used for transport for each group to and from Ucuelet.
A visit to Long Beach, Tofino and Kennedy Lake and River were enjoyed by each group. Back in Port Alberni a visit was made to the McLean Mill, Stamp Falls Paper Mill Dam. Later they visited Somass (Nu-Chal-Nuth for washing) where they were able to see the fish nets being brought in by the First Nation fishers there.
As you can see from this list there is never a dull moment with this group because they also have to edit and pick their best pictures to be shown and critiqued at the regular monthly SIG meeting.

We would like to thank Martin and George and other helpers for more work rearranging the storage in the Clubhouse and building a new desk. Also thanks to Dorothy who alerted them to free desks and Martin picked up three. They were so large that he and George were able to cut one in half to make two desks which are an excellent size for the single computers at the side.

I asked Debbie Price if she had been entering any more competitions with her cars as she seems to win in all the time with her Mustang. You can imagine my surprise when she informed me that she had flown to Alberta to view another vehicle, which I assumed would be a Mustang. It was however a Model “A” Ford in perfect condition which she DROVE BACK to Victoria!! I can’t wait to see it.

If any member has taken an interesting trip that the rest of us would enjoy hearing about we would be pleased to add it to our Members’ News. E-mail me if you have anything of interest.

This entry was posted in Uncategorized. Bookmark the permalink.